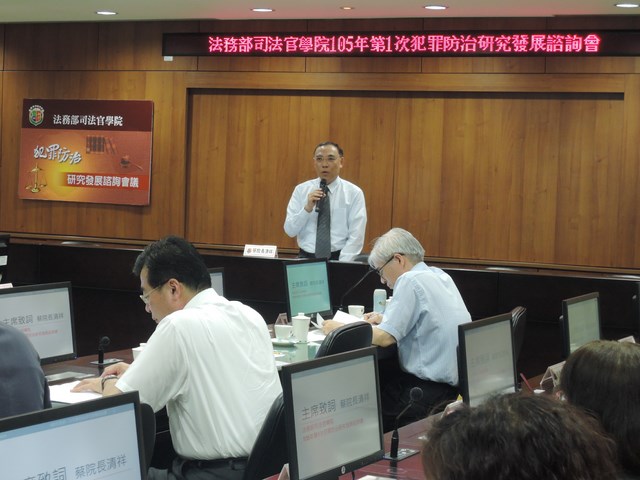 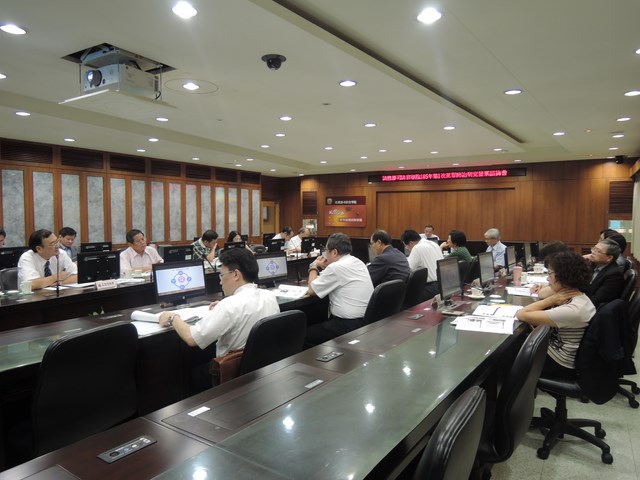 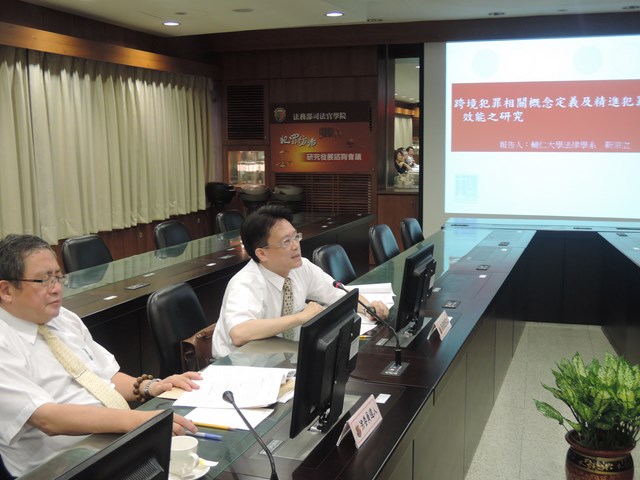 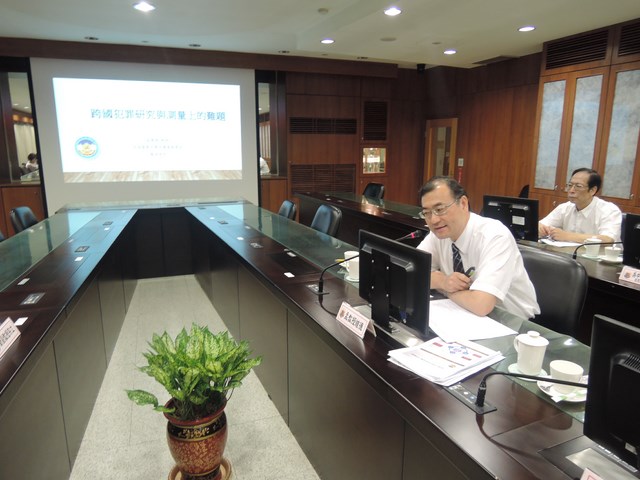 To play the role of the national criminal policy think tank and foster communication and co-operation with the academia, the Academy for the Judiciary held the Crime Prevention Advisory Conference on June 29, 2016. Hosted by President Tsai Ching-hsiang, the conference was attended by 18 members, including directors of MOJ departments, chiefs and deputy chiefs of MOJ subordinate organizations and representatives of the academia. In the meeting, after accomplishments of the Crime Prevention Research Center of the Academy in the first half of 2016 were presented, two scholars, Jin Tzung-li of the Fu Jen Catholic University and Mon Wei-teh of the Central Police University, were invited to deliver keynote speeches on cross-border crimes (including transnational and trans-regional crimes). Cross-border crimes have been on the rise. Yet, in Taiwan, this subject has been researched and explored mainly in criminology but much less so in perspective of criminal law. In addition, differences in terms and definitions resulted in dark figures of crime in official statistics. The speeches addressed these issues and in the end of the conference, advisory members highly praised the Crime Prevention Research Center for its planning and achievements.